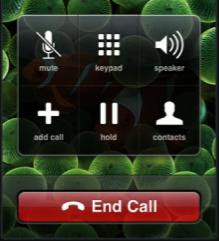 Sooner or later it happens to everybody. You get a call from a friend and pick up the phone thinking they want to talk. You say hello, but instead of getting a response they just start talking about random things. You keep saying their name louder and louder, but they just keep talking.

After a few seconds or moments, you realize the truth: you’ve been butt dialed. They didn’t mean to call you. It was just the pressure in their back pocket that made it happen.

But sometimes, you’re let into conversations that you didn’t want to hear. The person on the other line begins talking about someone you know. Or worse, they begin talking about you. And it isn’t the same things they would be saying if the phone was in their hand rather than their back pocket.

Or maybe the content of their conversation simply isn’t what you would expect out of them. It’s vulgar or low-level compared to the way it is when they’re talking to you directly.

Right now, this could easily turn into a judgmental or woe is me situation. But I want to flip the tables for a second.

What would it look like if we lived our lives as if our phone was dialing someone at all times? In other words, what if the microphone was always on?

(Credit for this post goes to Steven Furtick. I saw this on his blog and straight cuffed it. Thought it was great!)
Posted by Noah at 1:50 PM

Good stuff dude! I love that there is a lock on the iphone. I have put the bluetooth in my pocket and 'pockettooth dialed" before.