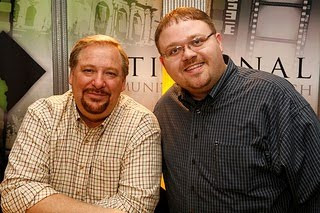 When Rick Warren entered the Twitter/Facebook scene, he did so with commitment and intentionality. I wrote here about his philosophy on these things: Click here to read it.
Last evening, he posted this comment in a tweet/FB update:

I challenge any church in America to match the spiritual maturity, godliness & commitment of any 500 members of Saddleback.

After which the judgement began. Comment after comment has been made about this statement since last night. 345 on FB so far and many on Twitter. As I read the terribly judgmental comments that were made in response to Rick's statement, my heart broke. For him. And for many leaders. I connected to it deeply.

Over and over again, I observe people waiting and watching for leaders to do or say one thing wrong so they can pounce on them! Leaders are often criticized exponentially more harshly than others and offered practically no grace! Which is not only a denial of their humanity and need for Jesus, but is not even Biblical.

I have been the recipient of this type of thing plenty myself. You cannot have a bad day, make an off comment, vent an honest frustration or make a mistake without being harshly criticized. Look folks, whether Rick regrets or stands by his comment is beside the point. He is a sinner in need of a savior and he STILL makes and will keep making bad calls...as long as he shall live. The more love and grace we show leaders, the more like Jesus they will become. The criticism only drives (most) leaders toward rebellion, not change. It is just a reality of how most leaders are wired.
Here is my caution to those who read this: Be very careful if you find yourselves enjoying when leaders screw up. When you like and enjoy exaggerating their mistakes, it is probably a sign that you are looking to justify yours.
Offer the same love and grace to leaders as you would anyone...which would be exactly what Jesus would do!
I pray that Rick has a great day today as he responds to and fields this mess with a Jesus heart.
(Here is a picture of he and I in 2008. Great day of learning at NCC.)
Posted by Noah at 8:52 AM

What you said is just the expounding of Galations 6:1

Noah, this is from Sherry (Mark and I share an email address).
Knowing what I do of Rick Warren, his statement was not intended to sound exactly like he said it. How many times in ONE DAY do all of say things that are taken in a different way than we intended?

Even if he did, I share your philosophy -- which is in accordance with the Bible. GIVE GRACE!

Unfortunately, because of the myriad of harsh words of condemnation Warren has received from people WHO PROBABLY DON'T EVEN KNOW HIM, a Christian brother or sister who IS close to him has probably not had the chance to lovingly and understandingly address the issue.

I do agree that Christians should practice discernment and not be led astray. We need to recognize when humans who may even come in the guise of representing Christ can be prideful and truly believe or teach something against God's Word.

BUT give the brotha a chance to 'splain! And then like I Tim. says, GENTLY instruct. And be willing to walk away, not hold a grudge and slam someone over the head.

Thanks for seeing this and posting it along with your thoughts. We know that if God is for us, who can be against us? Well, unfortunately, the ones can be against us sometimes are our brothers and sisters in Christ!