5 Questions of the Kingdom 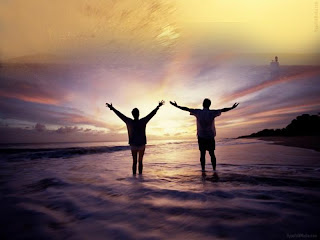 Here is an excerpt from my message this morning. Here are the 5 questions that I shared to cast light into the ways of the Kingdom of God. How different or similar is your thinking from this?

Also, the kingdom of the world is rooted in preserving, if not advancing, one's self-interests and one's own will, while the kingdom of God is centered exclusively on carrying out God's will, even if this requires sacrificing one's own interests.

The kingdom of the world is intrinsically tribal in nature, and is heavily invested in defending, if not advancing, one's own people-group, one's nation, one's ethnicity, one's state, one's political agendas. That is why it is a kingdom characterized by perpetual conflict.

The KOG is intrinsically universal, for it is centered on simply loving as God loves. It is centered on people living for the sole purpose of replicating the love of Jesus Christ to all people at all times in all places without condition.

The kingdom-of God participant has by love transcended the tribal and nationalistic parameters of whatever version of the kingdom of the world they find themselves in.


4. How do you respond in conflict?

The kingdom of the world is intrinsically a tit-for-tat kingdom; it's motto is "an eye for an eye and a tooth for a tooth."

In this fallen world, no version of the kingdom of the world can survive for long by loving its enemies and blessing those who persecute it: it carries the sword, not the cross.

But kingdom-of-God participants carry the cross, not the sword. We, thus, aren't ever to return evil with evil, violence with violence. We are rather to manifest the unique kingdom life of Christ by returning evil with good, turning the other cheek, going the second mile, loving, and praying for our enemies.

We are to respond to evil in a way that protects us from being defined by it and that exposes the evil as evil, thereby opening up the possibility that our "enemy" will be transformed. Far from seeking retaliation, we seek the well-being of our "enemy."

There is a warfare the Kingdom of God is involved in, but it is "not against enemies of blood and flesh." It is rather "against the rulers, against the authorities, against the cosmic powers of this present darkness, against the spiritual forces of evil in the heavenly places" (Eph. 6:12)

Our battle is "not against flesh and blood," whether they are right wing or left wing, gay or straight, pro-choice or pro-life, liberal or conservative, democratic or communist, American or Iraqi. Our battle is against the "cosmic powers" that hold these people, and all people, in bondage. Whatever our own opinions about how the kingdom of the world should run, whatever political or ethical views we may happen to embrace, our one task as kingdom-of-God disciples is to fight for people, and the way we do it is by doing exactly what Jesus did. He defeated the cosmic powers of darkness by living a countercultural life characterized by outrageous love and by laying down his life for his enemies.
(Adapted from "The Myth of a Christian Nation" by Greg Boyd.)
Posted by Noah at 1:05 PM

Noah - Couldn't make it to your Church service this morning - but really enjoyed reading your 5 Questions here. You are "right on"! We will be praying for you and your family as you go to minister where God has called you.
Love,
Bea Holmes

Bea- glad you were able to read through this and I LOVE the connection with you here online. I remember you very fondly!