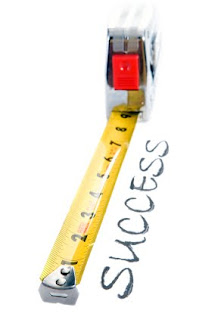 God's satisfaction barometer is way different than ours. The other day I was meeting with a friend and Pastor and he shared something that I thought was profound.
God sees the multitude in the few. And He sees the end in the beginning.
When God created man, he made one man....so that he could love billions! He was satisfied with what he had made, because he could see the ending outcome in the seed beginning.
Think of Abraham...God promised that he would make him a great nation and then gave him one son and asked him to offer him as a sacrifice. In the few, God saw the many.
When Jesus came, he reached a few disciples, but envisioned the WORLD being discipled through them. And that excited him and satisfied him.
He can see the 50, 100, 200 people at your church and simultaneously see the thousands and tens of thousands of lives that you are destined to impact over time!
And in these things, I believe God is satisfied. He understand the principle of the mustard seed. He knows what the yeast does to the dough. He see faithfulness in the small, and wants to give you many. Hang in there. Press on. Do not despise the day of small beginnings.
...And ask God to give you his satisfaction barometer when you feel discouraged or impatient.
Posted by Noah at 6:47 PM

So needed to hear that today! Thanks man!