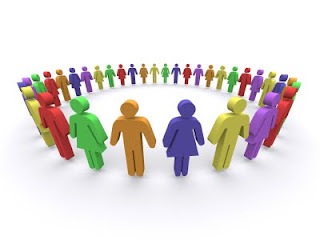 I know. The title is a tad odd and maybe even controversial without an explanation.
Something happened to me on July 4 (Independence Day). God spoke to me as I prepared to lead our service that day. I realized something very deeply...
I do not want to be independent! Go read the definition of that word. Frankly, as a follower of Jesus, you would be hard pressed to make a case for independence in the Bible. But, our country, our society, our surroundings seem to be in grand favor of such an ideal. God's word neither says nor implies that God helps those who help themselves. I know what people mean (I think), but the very idea of me standing strong and alone without the need or influence of others is not what I call comforting! Not in the least.
In fact, I feel totally dependent on God and others. Actually, right now, Tricia and I feel more dependent on others than we have ever felt before.
We NEED Jesus!
We NEED community and people!
And I am not ashamed to admit it.
At the very least, we long to be interdependent! Definition: When two or more things are dependent on each other. Now, that is what I am talking about! Interdependence is not Christian welfare. It is the joining of forces to defend the faith and fight the good fight.
Aspiring to independence caused Satan's fall from heaven, Adam and Eve's sin in the garden and a myriad of other messes throughout the Scriptures and in the lives of people around us. Be careful when you wish for independence!
"Though one may be overpowered, two can defend themselves. A cord of three strands is not quickly broken." -Eccles. 4:12
Posted by Noah at 12:29 PM