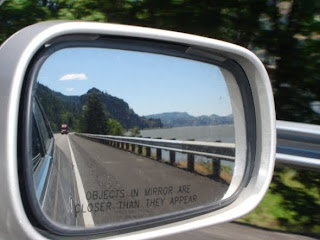 Well, this year officially takes that cake as the wildest, wackiest year yet! It was exactly one year ago that I told Tricia with confidence that the Lord was drawing and calling us to a new season of ministry! Since that confession, it has been a wild ride.
Just for fun, here is the timeline (all in 2010):
January 16th- God crystallized my call to surrender and follow him. I told Tricia we would be leaving CCF.
February 12th- Tricia believed it!
February 26th- After seeking the Lord like crazy, the Lord said that we were to leave our familiar land and move to Cape Town, South Africa.
March through August- Eastern Mennonite Missions (Our sending organization) Acceptance and Preparation Process including budget development and approval.
May 2nd- We announced our calling to CCF, our home church. Click HERE to read the announcement.
September- We visited Cape Town on our way back from a trip to China. You can read some reflections from that trip HERE and HERE.
October 17th- Our last day on Staff at CCF as Pastor. We felt so blessed by our sending.
December 27th- We were at 76.5% of our budget raised for missions! CLICK HERE to read about it. Truly a miracle.
Today- We are making final preparations to depart!
January 12, 2011- We fly out...and the story continues.
God has stretched us, shaped us, taught us, humbled us and led us like never before. Tricia and my faith grew more in 2010 than any other year of our lives, hands down.
Meanwhile people in our lives have loved, supported and blessed us in ways too many to number and too marvelous to describe. We are deeply blessed and we know it! Thank you family, thank you friends, thank you CCF, thank you partnering churches, thank you JESUS!!!!
A we look ahead to 2011, we are envisioning the realization of many of the dreams that the Lord has birthed in us in 2010! Look out. God is on the move!
Noah, Tricia and Davis Kaye
Posted by Noah at 10:49 AM

Noah,
I like the redesign. I have been offline for the last week. I like the simpler style. I'll be redesigning mine soon as well.